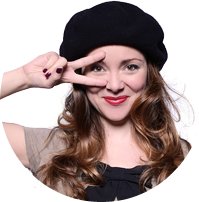 Very Favorite Spots to Enjoy a Cold Brew in Prague

Ah, beer…while it might seem like just a normal, fermented alcoholic beverage to you, to us here in the Czech Republic, beer is practically our lifeblood. For years, it’s been enjoyed here in Bohemia, and to this day the Czech Republic claims the mantle of being the most beer drinking country per capita in the entire world. Is a title that we take seriously, and while this might lead some people to think that we’re a nation of over-indulgent partiers, the truth is that we have a special way of drinking here, where beer (or any sort of lemonades, wines, or even tea) serves as something you order in a pub while you catch up with your friends and loved ones. Whether they drink beer or not, all Czechs will agree that beer serves as a connection to Czech history and culture—breweries are practically a Czech institution, and as such, we thought it was a good idea to share with you some of our favorite Prague pubs to sit with friends and grab a cold one.

Now, the brewery in Unětice is a bit of a schlep (about 30 minutes using public transit) from the city center, but I’m here to tell you that it’s well worth it. The brewery, which stands in the same spot as a historic brewery from the 1700s, has been recently renovated and turned into a family-run operation where they focus on making fresh, traditional Czech lagers using only the four historic ingredients (malt, water, hops, and yeast). The brews have quickly become a favorite in nearby Prague (the brewery lies just outside of the city limits), but, like most good things, is a bit harder to find. Unlike the bigger beers, you won’t find Unětice beer sold in bottles in grocery stores, unless you get it straight from the brewery. Instead, your only chances of tracking this beer down are of finding a pub here in the city that serves it on tap (there are a number that the brewery provides lager to), OR heading straight to the source. With the gorgeous nature surrounding Unětice, making it a great place to explore more of the Czech countryside, as well as the brewery’s own delicious restaurant where they serve up large portions of tasty Czech classics, visiting the Unětice brewery has all the makings of a great weekend adventure.

You probably weren’t expecting to see a chain on this list, but fear not, Lokál is local-approved and when it comes time to sit down and chat over a delicious brew, you’ll be more than happy for the restaurant’s numerous locations as it’s frequently full of locals and visitors alike. Besides the delicious, typically Czech food they serve (try the fried cheese, which they bread themselves and fry in real butter, making it a step above many other venues’ take on the classic fast food), Lokál earns is popularity from the beer they serve—super-fresh Pilsner Urquell straight from the tank, which keeps it extra fresh. It’s really a difference you can taste, and, with a few different locations in different Prague neighborhoods to choose from (Dlouhá in New Town, U Bílé kuželky in Lesser Town, Hamburk in Karlín, and Nad Stromovkou by Letná), you’re sure to find one relatively close to whichever part of the city you find yourself when hunger or thirst strike.

The Strahov Monastic Brewery will come as a surprise if you’ve never heard of beer brewing monks before, but let me assure you—these men of God really know their way around brewing—and they should, since they’ve been doing it since the turn of the 13th century! The current brewery, which was restored only a few years ago after closing in the early 1900s, boast some delicious, rare beers of their own conception (made right in the restaurant that you can choose to be seated in)—some seasonally offered and another selection that they offer year round. Among the many pluses of the Strahov Monastic Brewery is the location, which is part of the famed Strahov Monastery and is located in a quieter part of Prague, meaning that it’s really a true “local hangout”. I’d also recommend taking a stroll and exploring the area. Any book lovers out there will undoubtedly want to check out the Strahov Monastic Library —it’s one of the most beautiful libraries in the world (and a personal favorite) as well as boasting some fantastic views looking down on Prague from the hilltop on which it sits. The staff and menus are linguistically versatile, so you don’t need to worry about navigating in a language you don’t speak a lick of, and, in the summer, the courtyard seating makes a smaller, quieter alternative to Prague’s great, but sometimes overwhelming beer gardens. Our tip is to try the guláš, if you’re a carnivore—it’s one of the best in Prague!

No list of spots to go for a beer in Prague would be complete without the inclusion of
U Pinkasů—it’s legendary and nothing short of a Prague institution. Years ago, in the 1840s, the small town of Plzeň (Pilsen) revolutionized the process of brewing beer when they invented Pilsner Urquell, the first bottom-fermenting lager, assuring the beer would taste better, last longer, and always hold a special place in the hearts of the people of the Czech lands. In time, that beer would spread to other cities, and when it came to Prague, its first stop as U Pinkasů. Originally the home of a tailor and his family, U Pinkasů has been serving up fresh Pilsner Urquell beer since 1843 and hasn’t stopped since. U Pinkasů is known these days as a favorite haunt of the famous actors and writers of old, including the former president of Czechoslovakia and the Czech Republic and famous dissident playwright Václav Havel, who loved the spot so much, there’s even an altar set up in his memory in one corner. The pub, which has expanded from its original confines to envelope the surrounding buildings, including the courtyard, renaissance street entrance, and gothic facades of the former White Friars Convent, provides one of Prague’s most stunning outdoor seating areas to grab a beer when the weather permits. Any exploration of Prague’s beer scene would be worthless without a stop at U Pinkasů.

by Brianna Tichy with contributions from Alena